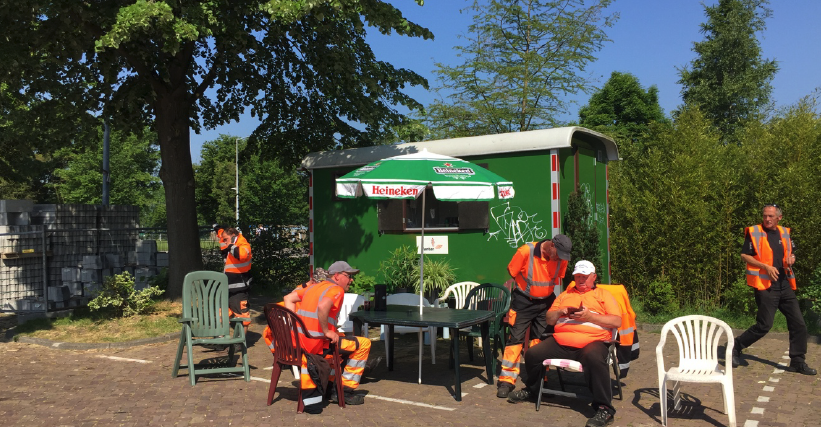 “Weeds don’t really exist, they were invented by people,” exclaims Erwin as he weeds the bushes beside the tram rails with his colleagues. Five men and women in fluorescent orange suits are crawling on their hands and knees through the undergrowth. It’s not just their work uniforms that are the colour of warning: they are classed as ‘code orange’ themselves. Physically or mentally, they are not 100 per cent employable on the job market, which is why they have a contract with Pantar, a company in the Amsterdam region that aims to give them a push in the right direction. Many of Pantar’s clients work permanently in landscaping. Others complete a three-year training course and then move on to a regular job. Since the introduction of the Participation Act, this has been required of more and more people, but it’s not an easy path. If you have been unable to keep pace with society for years, it’s no small feat to get back into a good working rhythm. It’s up to the supervisors to move these people from ‘code orange’ to ‘code green’.

Suriname-born Leslie has great difficulty making the right life choices. He learned at a young age: “Everyone is on their own, you’re your own number one.” Amina, a mother who has fled Syria, works as hard as she can in the hope of beng able to forget her war trauma. Anton lost his wife when she died on a holiday, yet he remained married to her for years because the paperwork was not in order. He seems to have found his place with Pantar – until he disappears from the radar again. But supervisor Theo won’t give up: “They are vulnerable but they are good people, and I will do everything to make them succeed. I got back on track after years of being addicted to gambling, so they can do it too!” In Code Green, we discover how they are trying to get back on the rails to be able to look at themselves in the mirror again. 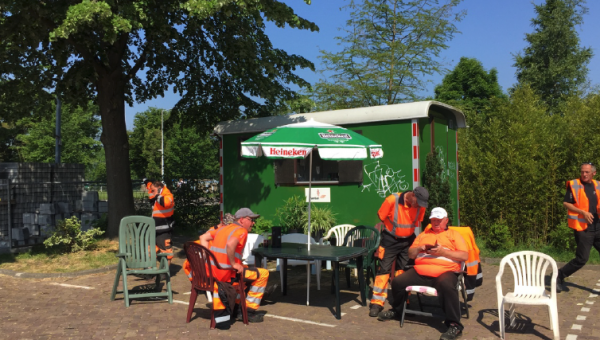